I'm a bit behind on my posts about photography class. Week 6 was all about black and white photography. I was hoping to bring in some male nudes, but all of my friends were shockingly prudish! I'm trying to figure out if that's because in the age of the internet, people just don't want someone to take nude photos of them. Or perhaps none of my friends trust me. Or perhaps the younger generation just isn't as comfortable stripping for art. Hmmm...

So instead I went to [w:Abingdon Square] in New York City. People had donated several carved pumpkins to the square for Halloween. They made great subjects.

I also finally learned to use my new on-camera flash successfully. It's wireless, so I was using one hand to hold and angle the flash. I exposed the camera without the flash first, to get a very underexposed shot of the background, then used the flash to make the pumpkin take the focus. I think the effect worked. 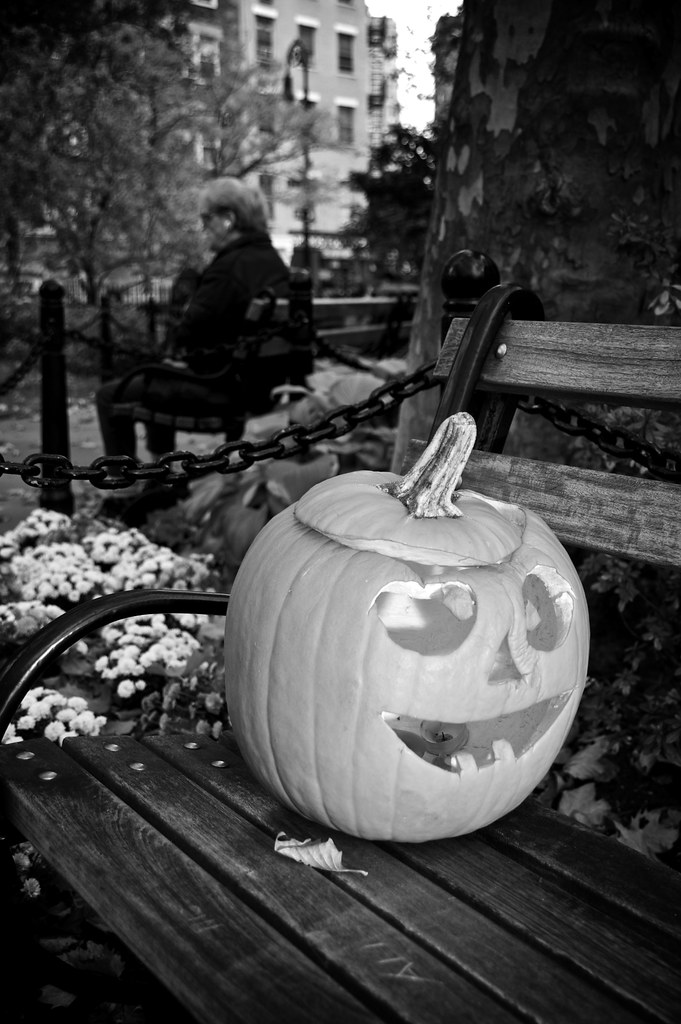 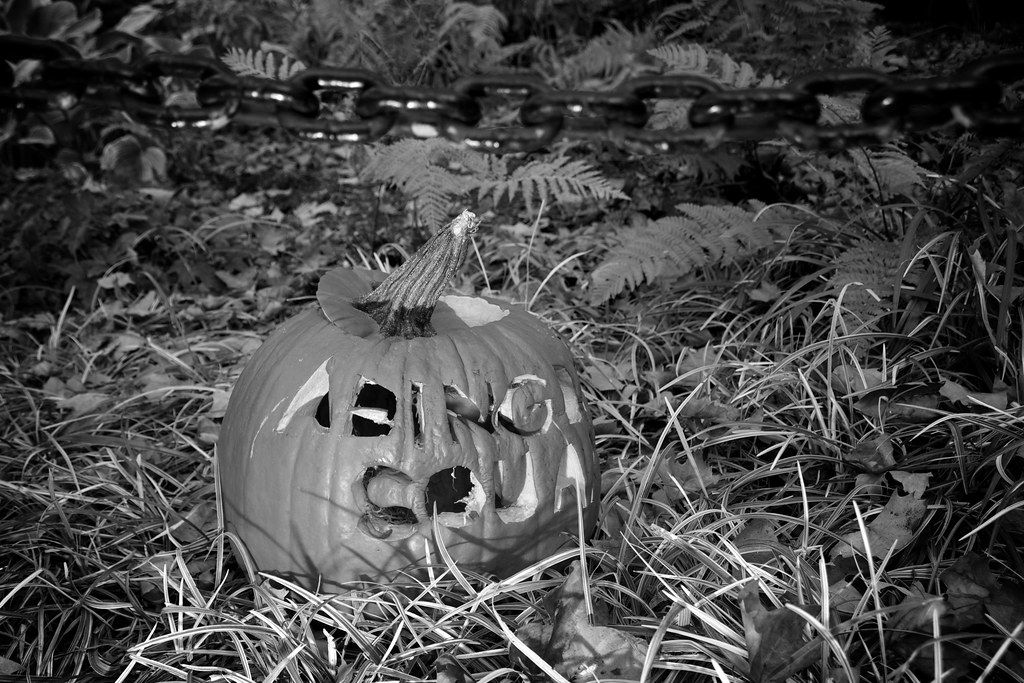 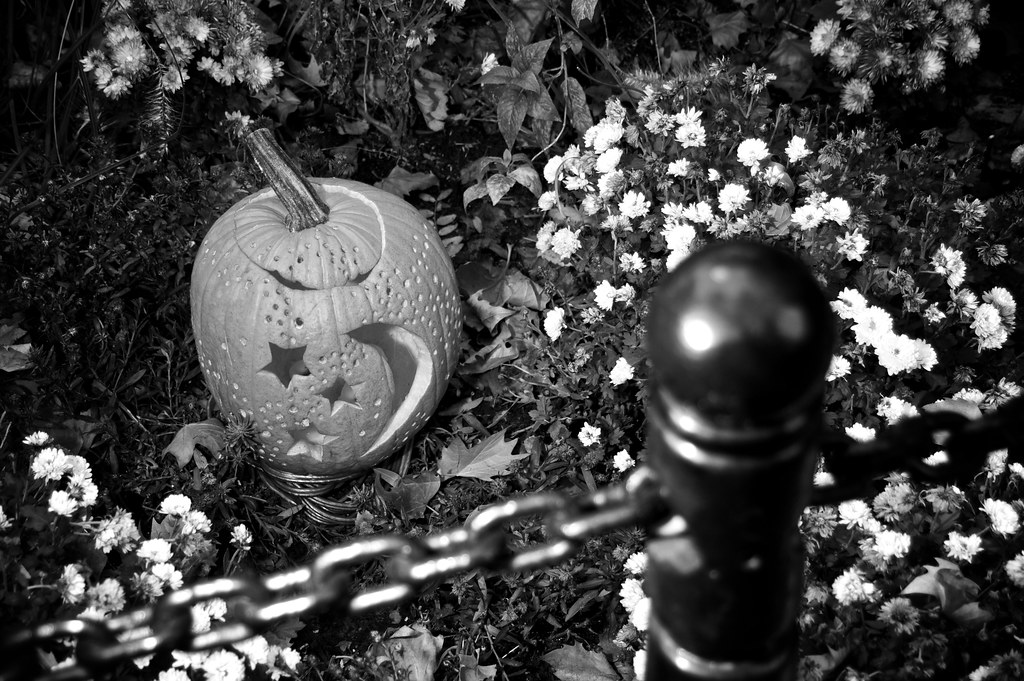 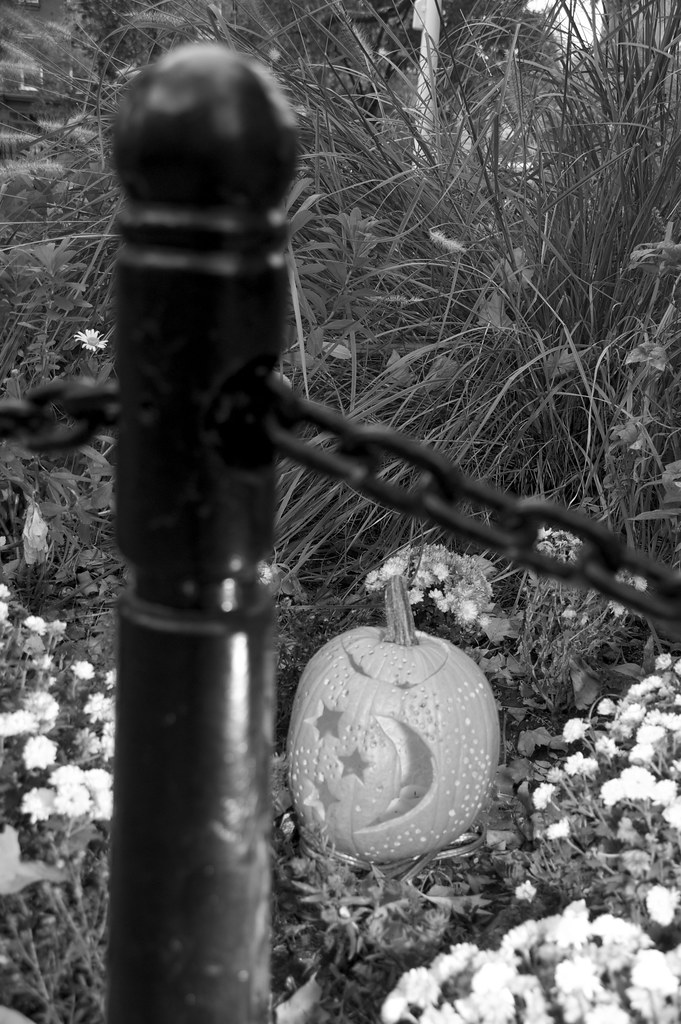 Photographic Lighting: Week 5
I missed the 4th week of photography class, so I'll jump right into week 5. This week in class, we started using soft boxes - which are big boxes of fabric you put over a light to direct all the light in one direction. There's a flat white part where the light emits, which diffuses the light.